Another review – thanks “convinced customer”:

Great service and a great price but an even better product. Found this site when researching what is available to treat fibromyalgia. Don’t understand why B12 is the only thing that seems to kill a lot of the pain and stiffness but it sure is working.

And after a lost shipment:

I did NOT know they had the package at the post office. I’ve never had to go pick up mail and I’m 63!! Anyway, it arrived safely and I’m getting injection this evening after dinner. Thank you so much and Bless you for the work you do to help people the way you do. I rely on B12 a LOT as I have an inoperable brain tumor and other health issues. The shots give me energy…or at least I believe in my head that they do!! 🙂

Have you purchased B12 from us? We would appreciate your feedback.  You can email us, post a comment on a blog post, or review our B12.

As always, for medical problems consult a doctor. 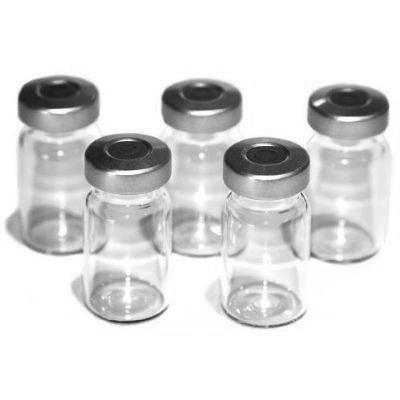 US Injectable Vitamin B12 Shortage – August

[see this post for current injectable vitamin b12 shortage info]

Injectable vitamin B12 continues to be in short supply from North American laboratories – limited supply and back-ordered.  Laboratory Fresenius has been reporting an expected release for months but has never delivered. From the FDA Drug Shortages List as of August 19th:

First we want to thank all our customers for helping VitaminB12Direct start shipping B12 around the world.  It’s been a great experience.

To help us reach even more people we have introduced FREE SHIPPING as a thank you for social sharing.  Use the social sharing buttons during checkout to receive free shipping on orders of 5 vials or more of vitamin B12.  All you need to do is Like, Plus+, or Follow our website.  It’s easy.

If you aren’t a social media user, we understand.  Our shipping is very reasonable – $10 flat rate, world wide. And watch your email for regular offers which we will continue to send out to loyal customers.

An interesting study conducted in Paris hospitals with 14k participants aged 50-90 years.  Vitamin B12 deficiency is found to increase with age –  “functional B12 deficiency was 9.6% in patients aged 30-60 years and 14.2% in patients over 90 years”.

BACKGROUND: Cobalamin deficiency is responsible for hematological, neurological, neurocognitive, and neuropsychiatric impairments and is a risk factor for cardiovascular diseases, particularly in the elderly people.

METHODS: In order to determine B12 status in old inpatients, a total number of 14,904 hospitalized patients in whom B12 measurements were performed in five hospitals in the Paris metropolitan area were included from January 1, 2011 to December 31, 2011. The aims of the study were to determine whether age had an impact on B12 and folate deficiencies and to evaluate correlations between B12 and biological parameters-folate, hemoglobin, mean cell volume, homocystein (tHcy)-and age.

CONCLUSIONS: In inpatients, functional B12 deficiency and functional folate deficiency increase with age and are not associated with anemia or macrocytosis. False vitamin B deficiencies are frequent.

The last statement of the conclusion is puzzling – wonder if it is central to the study or an interesting aside.  Would appreciate any input on that point.

B12 Deficiency Increases With Age in Hospitalized Patients: A Study on 14,904 Samples.
Mézière A et al, Published by Oxford University Press on behalf of The Gerontological Society of America

Unfortunately the update (as of July 19th) is there is no change, injectable vitamin b12 shortage continues. Limited supply and back-ordered.  Laboratory Fresenius has been reporting an expected release this June through most of June….

Kaye Brown says she constantly fights fatigue because she hasn’t had her prescribed injections of iron or vitamin B12 since January.

She’s not the only one having trouble getting medicine. A rotating drug shortage has become routine in Ontario, meaning hospitals, pharmacies and patients often scramble when certain medications go through bouts of short supply.

“I feel frustrated,” said Brown, who lives in a long-term care home in Windsor. “I feel like the present government doesn’t care about us seniors in homes or out in the community. We’re not important enough.”

Brown has been told that the drugs she needs are on back order, so she has been taking B12 in pill form everyday — which she says is not as effective or as convenient as a once-a-month shot.

“The injection would give me more strength and I would be able to do more things,” said the 61-year-old widower who has fibromyalgia and arthritis and uses a wheelchair. “I don’t have enough energy to do what I would like to do. I could fall asleep just after breakfast.”

read the article at The Windsor Star…

Sorry for any inconvenience!

Current shortage status for vitamin B12 cyanocobalamin as of May 20th – still short from the only two North American suppliers. Fresenius Kabi is back-ordered and American Regent reports only a limited supply. For both companies the reason given is increased demand.

If you are having trouble finding B12 we have it in stock and are ready to ship! Visit our store…

Review: I used to take vitamin B12 injectables years ago…

I used to take vitamin B12 injectables years ago in collage and all in all never noticed a tremendous benefit. The last few years I noticed that my energy levels were increasingly lower. For the longest time I knocked it down to stress and aging as my routine blood work didn’t show anything untoward.

When I was quite young I was borderline anemic (iron deficient) for awhile but since beginning a rigorous exercise protocol and changing my diet which has endured to this day the problem disappeared. I quit taking multi vitamins a number of years ago as they seemed to impeding my digestive process and causing some stress to my gastro intestinal tract. My sense is that this has to do with some of the binders they use in multi vitamins as I did feel better once I stopped taking them.

Out of curiosity I decided to give injectable B12 another shot (pardon the pun) as the injections go right into the bloodstream when I came across the online marketer vitaminb12direct.com. I didn’t really expect miracles but I have definitely noticed a boost in my overall sense of well being. My athletic performance has picked up as well and I think this has to do with the b12 having a positive effect on my appetite. I seem to have a better nitrogen balance in my body and I get a much better pump when I lift weights. I swear its increased my testosterone as well but this could be a spin off of the increased metabolic health which would naturally lead to a more balanced endocrine system. Whatever the case I’m staying with my current subcutaneous injection protocol of .5 cc 2000 MCG every second day for the next while. BTW, the service you guys offer on the site is great!

B12 Shortage Update From FDA

Current shortage status for vitamin B12 cyanocobalamin as of April 22 – still back-ordered from the only two North American suppliers. If you are having trouble finding B12 we have it in stock and are ready to ship! Visit our store…