B12 Direct » Vitamin B12: Why Your Body Needs It and the Risks of B12 Deficiency

Vitamin B12: Why Your Body Needs It and the Risks of B12 Deficiency

Unfortunately, vitamin b12 deficiency is often mistaken for other conditions in the elderly (such as Alzheimer’s and dementia) because the symptoms can be similar.

What You Can Do

Although the consequences of a vitamin b12 deficiency can wreak havoc on the body, the good news is that there are plenty of proactive steps people can take as they age to ensure they’re getting enough b12.

For starters, it’s a good idea for those 50 years of age and older to have their b12 levels checked by a doctor. This is especially recommended among those who are diabetic and/or vegetarian. Generally, any reading below 250 picograms of b12 per milliliter of blood serum is considered to be low.

Daily supplements can be taken for those who have a slight deficiency of the vitamin itself. These can be found at any health and wellness store and even in some grocery and convenience stores.

For those with more severe deficiencies resulting from poor absorption, taking an injectable vitamin b12 can help ensure maximum absorption into the body and may be recommended by a doctor.

As you can see, vitamin b12 is an important component when it comes to keep your nervous system, circulation, and even brain function maximized. As such, it’s vital to be aware of the signs of a deficiency as well as knowing how to get enough of this vitamin into your diet. 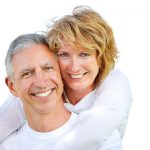 13 thoughts on “Vitamin B12: Why Your Body Needs It and the Risks of B12 Deficiency”