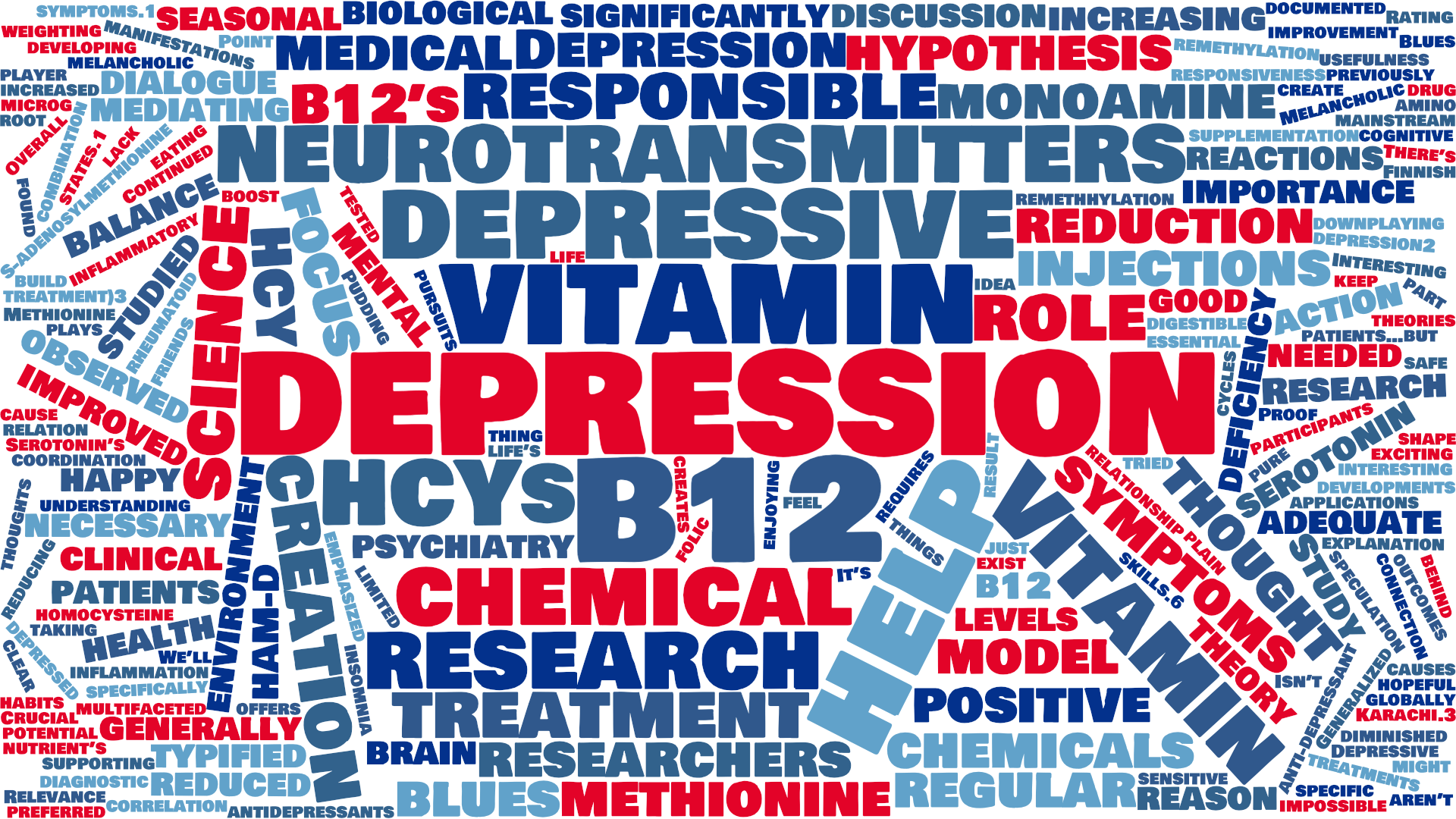 B12 and the Holiday Blues…

Research shows vitamin B12 may help depression, and at this time of year it’s a good idea to look at anything that might be putting us off balance. After all, the holidays aren’t so happy for many of us. Add seasonal affective disorder (SAD) into the mix and the seasonal blues can plain just get in the way of enjoying life.

As research is developing so is our understanding of how vitamin B12 can play a role in reducing depressive symptoms. Interesting findings focus specifically on the chemical relationship between vitamin B12 and specific neurotransmitters (brain chemicals) in the treatment of depression.

Depression in general is a sensitive topic and there are of course very divergent schools of thought on causes and preferred treatments. Our discussion will focus on the biological model used in clinical psychiatry rather than the cognitive model only because this is where the focus of the research around B12’s usefulness has been directly studied. The biological connection is emphasized in treatment outcomes which showed that vitamin B12 injections combined with regular anti-depressant therapy greatly reduced depressive symptoms in patients…but we’ll get to all of that in a bit.3

Melancholic depression (MD) is a sub-type of depression in clinical psychiatry defined by the DSM diagnostic manual and is generally typified by a combination of:

Where Does Vitamin B12 Fit In?

The essence of it is that looks like you need a certain amount of vitamin B12 to be happy, period. The reason why vitamin B12 may help depression is pure science. Landmark research out of Finland breaks down the nutrient’s role in the complex interplay of neurotransmitters and depression.

Vitamin B12 is needed for chemical reactions necessary for the creation of serotonin and other important neurotransmitters thought to be responsible responsible for positive mood states.1

The How In The Why Vitamin B12 May Help Depressive Symptoms

The precise mechanism behind how vitamin B12 may help depression can be a bit confusing. We’ve done our best to break the science down into a digestible form.

Enter the monoamine hypothesis described by our Finnish friends – this theory outlines vitamin B12’s role in the creation of a positive chemical environment for the creation of neurotransmitters.  When we are deficient in these compounds or they are out of balance, the blues and a lot of other problems can be the result. Research draws a positive correlation between B12 and a reduction of melancholic depressive symptoms.1

The lab tested theory holds that:

The Crucial Point Is: Vitamin B12 is a necessary link for the creation of these feel good brain chemicals and is the reason why vitamin b12 may help depression. Without adequate levels of B12 the mediating action of methionine is impossible.

The Karachi Study – Proof is in the Pudding

The exciting thing about monoamine hypothesis in relation to vitamin B12 is that it offers an explanation for the long observed but unproven link between B12 and a reduction of those moody blues. The chemical link between how vitamin b12 may help depression is documented globally, recently and notably by researchers in Karachi.3

The researchers studied how vitamin B12 may help depression and found that4:

The Debate Over Serotonin’s Continued Relevance

There’s ongoing speculation and research downplaying the importance of neurotransmitters like serotonin as primary factors in depression.  Emerging, though untested, theories give a heavier weighting to inflammation being the root cause of depression.4 As this emerging body of thought takes shape it will be interesting to see what part vitamin B12 plays.

It’s clear that HCY has been closely associated with inflammatory conditions like rheumatoid arthritis5 and as we know, vitamin B12 reverses HCY. We’ll keep an eye out for new developments. At present it’s safe to say that the ways vitamin B12 may help depression are holistic and multifaceted.

Maybe it’s the remethylation of HCY (monoamine hypothesis), in which vitamin B12 is a key player which helped the patients in these studies.3 Or perhaps there is some other factor at play which medical science has yet to uncover. What is certain is that the dialogue on vitamin B12’s role in the medical model of mental health is moving out of the fringes into the mainstream of medical science. Further, an increasing amount of research and discussion is taking place on the topic. We are hopeful that this increased dialogue will boost awareness of the potential applications of vitamin B12 in supporting optimal mental health. 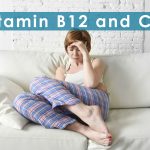 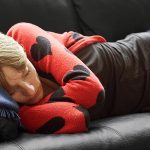 HuffPost: 8 Surprising Reasons You Have No Energy - Amanda Shupack has compiled a list of reasons you could have lower energy than you should.

VitaminB12 May Help Depression – The Facts